Some of the 2020 Oxford Stories Reporters

Baseball is a thriving sport in North Mississippi

The start of spring marks the start of new life. Flowers are blooming, the smell of fresh cut grass fills the air, and the sound of a baseball cracking against a bat rings out from baseball fields across the country.

As school winds down, kids flock to the diamond to lace up their cleats and put on the leather to partake in America’s pastime.

“After football, baseball is one of the biggest sports in Mississippi,” said Jillian Lyons, 19, an early education major at Northwest Community College in Oxford, who has coached a youth baseball and softball team that plays at FNC Park in Oxford for two years.

Lyons, originally from Lafayette, Louisiana, has been in Oxford for six years. She believes some kids are pushed by parents to play, but a majority love the game. Many kids dream of playing in the Major Leagues, and they always tell her: “When I make it, I’m gonna remember my coach.”

“Those kids who aren’t interested in playing usually quit by the end of the season,” she said, “but most of them stick to it and want to improve and get better.”

Lyons said she’s seen the number of kids who play in the league rise and believes it will only get bigger as years go by.

Andy Threatt, 25, coaches a travel baseball team in Georgia. He said the number of kids playing the game has increased the talent needed to make it to the next level.

“Kids now have to start hitting the gym earlier and solely focusing on baseball if they want to play in college and beyond,” he said. 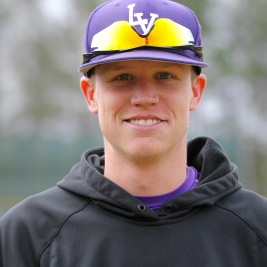 Threatt, who played college ball at Georgia-Gwinnette College, believes the South is the place to be for baseball.

“Other than football, there is no bigger sport in Southern states than baseball,” he said. “Whether you’re in Mississippi or Georgia, the talent level is the best you’ll find anywhere.”

As you drive into FNC Park, you are greeted by a plethora of athletic fields for baseball, softball, soccer and football. FNC is one of the premiere parks in Northern Mississippi and hosts a number of baseball tournaments throughout the year for ages 5 to 18.

The park is outfitted with 10 baseball fields and four softball fields that range in depth. Four fields have a turf field instead of grass.

Mississippi’s pipeline of baseball players is well documented. Last year, the University of Mississippi baseball team racked up the number one recruiting class in the nation, with most of those recruits coming from Mississippi and local Oxford High School.

Perfect Game, the main scouting network for baseball, has a ranking list of the best travel teams in the country, and last year – for the 14-and-under Division – Mississippi had two teams in the Top 25, with one from Olive Branch.

Last year, in the 16-and-under Division, Mississippi had three teams in the Top 25 – a Columbus, Mississippi-based team was ranked #2 and won the World Wood Bat Association National Championship for that age group.

“The Mississippi teams that we play always seem to give us really tough games and give us a run for our money when we’re vying for top spots in tournaments,” Threatt said.

Even on a Tuesday night, FNC Park is hopping with young baseball players and their parents gearing up for a night filled with the thrill of victory and the agony of defeat.

The back fields are filled with teams practicing their fundamentals and parent coaches teaching kids valuable life lessons through the game.

Lyons said her favorite part about coaching is seeing kids grow and mature throughout the season.

Threatt echoes a similar feeling. “As someone who’s played the game, and given it my all ever ince I was young, being able to pass along my knowledge to the kids has been a great experience for me and has allowed me to stay around the game that I love.”

If you find yourself in Oxford on a Friday night, you are bound to stumble upon the famous Swayze Field where thousands pile in to watch a game of Ole Miss Rebel baseball.

In most towns, college baseball does not draw a crowd as large as Swayze, but with passionate fans, it is easy to see why baseball in Mississippi is still thriving.Save

© Oxford Stories, 2014-2021. Unauthorized use and/or duplication of this material without express and written permission from this site’s authors and/or owners is strictly prohibited. Only excerpts and links may be used, provided that full and clear credit is given to the authors and Oxford Stories with appropriate and specific direction to the original content.

Send Us Your Story Idea

If you have a story idea that you’d like to see our students write about, click on one of the social media icons below, and message us. You may also email ldrucker@olemiss.edu

The Black Mirror Project: Envisioning the Future of Technology and Media

THE LORRAINE MOTEL: 50 Years After the Assassination of Dr. Martin Luther King Jr.

MISS. UNDERSTOOD; A Project to Understand and Uplift Mississippi